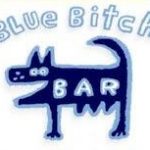 Take your mind out of the gutter! A blue Bitch Rock is a shiny rock that can be found along the shores of the island. It was given this name by generations before us. The Blue Bitch played a significant role on our island. At the beginning of the 20th century, when local Men left the island for work, Ladies made extra money by selling Blue Bitch Rocks as gravel for mixing cement.

Ladies will go along Great Bay Harbor Shore and stack Blue Bitch rocks into a pyramid shape and sell them. However, with the introduction od a rock crusher this practice became obsolete. Our Bar is adorned by many of these shiny rocks, hence the name Blue Bitch Bar. So do you feel better about the name now?

A fun place to chill when you’re in heat! We serve all sorts of cocktails, liquors, shots, beers, or juices. We also cook for you! Local specialities like Creole Grouper or Creole Chicken, Steaks, Pasta, Pizzas, Tapas, Ribs, Burgers and Sandwiches! We also have menus for kids.

Is this your business?

Claim listing is the best way to manage and protect your business.

Enjoy a coffee and fine pastry at any of
Cannot determine address at this location.
11 Views